By Bryn Nelson. This is article was first published in March 2016 on mosaicscience.com. It is republished here under Creative Commons.

A visit to a dysphagia support group in Seattle to explore what life is like when you struggle to swallow.

A husband and wife are discussing her cooking. It goes like this:

Husband (smiling): “Rarely do I say that.”

Wife: “Because he values his life…”

The conversation takes place one rainy night in early December at the University of Washington Medical Center’s Otolaryngology Clinic. Five patients in their 50s and older, three caregivers and five clinicians have met here to discuss how to navigate lives overshadowed by swallowing disorders. In-person support groups for dysphagia like this one are rare. The US has ten scattered around the country while, according to the National Foundation of Swallowing Disorders, no other country in the world has any at all.

Jan Pryor, a speech-language pathologist at Washington, says the quarterly get-togethers give patients permission to be openly angry about their condition and express their fears. They share advice, learn and laugh. The discussions about how to cope, she says, also provide a sense of what it means to be resilient.

Resilience could be a critical asset for these people, who have been battered variously by head and neck cancers, a brain tumour, and an autoimmune disorder. Two are almost completely dependent on feeding tubes connected directly to their stomachs. Two have trouble talking. One is missing part of her jaw; another, most of his tongue.

One man is particularly reliant on his stomach tube in the morning because he eats so slowly – without it, he’d have to get up an hour earlier. Other times, he can eat most foods that are mashed or well chewed, though nuts are a problem. Milk or a nutrition shake often helps everything go down better. A White Russian cocktail also works, says his wife, grinning.

During the group, Pryor asks occasional questions and explains anatomical features of the mouth and throat. People don’t necessarily need teeth to eat solid food, she says. They can gum their food and mash it up with their tongue. Without a tongue, however, they have to rely on gravity to get the food down the right tube.

One patient marvels at the tongue’s versatility, recalling how her daughter could tie a cherry stem into a knot inside her mouth. Across the room, a man with dysphagia-impaired speech jokingly responds that he has a rare ability too: getting tongue-tied. Everyone laughs.

The mood turns more serious when Pryor asks the group about the holidays. One patient says he misses prime rib the most. “It’s hard for me to eat and to socialise. I have to do one or the other,” he says. Although he still goes to events to maintain his friendships, it’s hard work and he doesn’t look forward to going out like he used to.

“I cook and they eat,” says a second patient, motioning to a family member sitting next to her. She explains how she can meet for coffee but not much else socially. Even then, she puts so much work into her social “performances” that they leave her exhausted.

One woman describes preparing big breakfasts for guests. She rarely joins others at the table – by the time they’ve finished, she still has two-thirds left. “It’s embarrassing,” she says. She often can’t eat the same things anyway. Flavours she once savoured are now unbearable – she needs bland foods in order to swallow. Seasoned foods make her throat burn.

Another woman is enrolled in a “boot camp” to regain some of her swallow function. Her husband ate her holiday dinner when she could not. “There’s always next Thanksgiving,” she says, hopefully.

The discussion shifts back to feeding tubes. Pryor talks about “the dwindles”: progressive weight loss in patients who don’t eat enough. Some of them just get tired of eating. Could a feeding tube be a good alternative?

It can be annoying and uncomfortable and requires frequent cleaning, says a man who uses one. On the other hand, at least he can enjoy his morning coffee while his liquid breakfast flows directly into his stomach. Pryor tells the group about a newer type of tube that doesn’t stick out as far from the stomach and get in the way. You could even wear it under a bathing suit, she says mischievously. The room erupts with laughter again.

After the meeting, I talk with Steve McCloskey, 57. He’s a tonsil cancer survivor who is still learning how to cope with dysphagia and impaired speech, likely triggered by his radiation treatments. When he goes out socially, he usually eats a puréed meal beforehand. He’s over the embarrassment of eating slowly, though. “I don’t feel bad about it anymore; I don’t apologise,” he says.

Finding the right balance between safety and fulfilment remains a struggle. He can no longer eat his favourite spicy foods – they burn too much. But he still enjoys other treats despite the danger of breathing in food or drinks. Through it all, he says, his sense of humour has been his saviour. “If you can’t laugh at it,” he says, “then you may as well be dead.”

With those six jarring words, my life was suddenly divided into two stark contrasts: B.C. (before cancer) and A.C. (after cancer).  While on the phone with my otolaryngologist, who had just operated on me the day before, I fumbled for a piece of paper and a pen to write down the diagnosis. Adenoid Cystic Carcinoma. I remember asking him to spell it. “A-D-E-N-O-I-D-C-Y-S-T-I-C.” A type of salivary gland cancer seemingly arising from my sinus cavity.

“It’s never too late to be what you might have been.” – George Eliot

Growing up in the Sixties, I could croon, not well, but I still gave it my best. My aspirations consisted of singing along to the Beatles, Smokey Robinson and the Temptations, mostly in private. No need to scare people. I never dreamed that one day I would be known as one of the best singers in the world without vocal cords.

Byline: Tom Dawson, an expert world traveler and tube feed user, has contributed blog posts to the NFOSD to raise awareness about traveling with a feeding tube. His prior posts include: A Moveable Feast (11/25/16) and Traveling Space Available II (6/20/17), Report from Old Greenwich (9/10/17).

END_OF_DOCUMENT_TOKEN_TO_BE_REPLACED 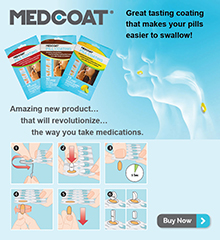 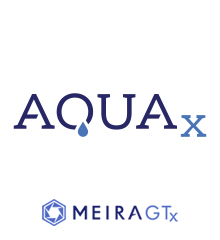